1.Picasso about art: “Art is a lie that makes us realize the truth” 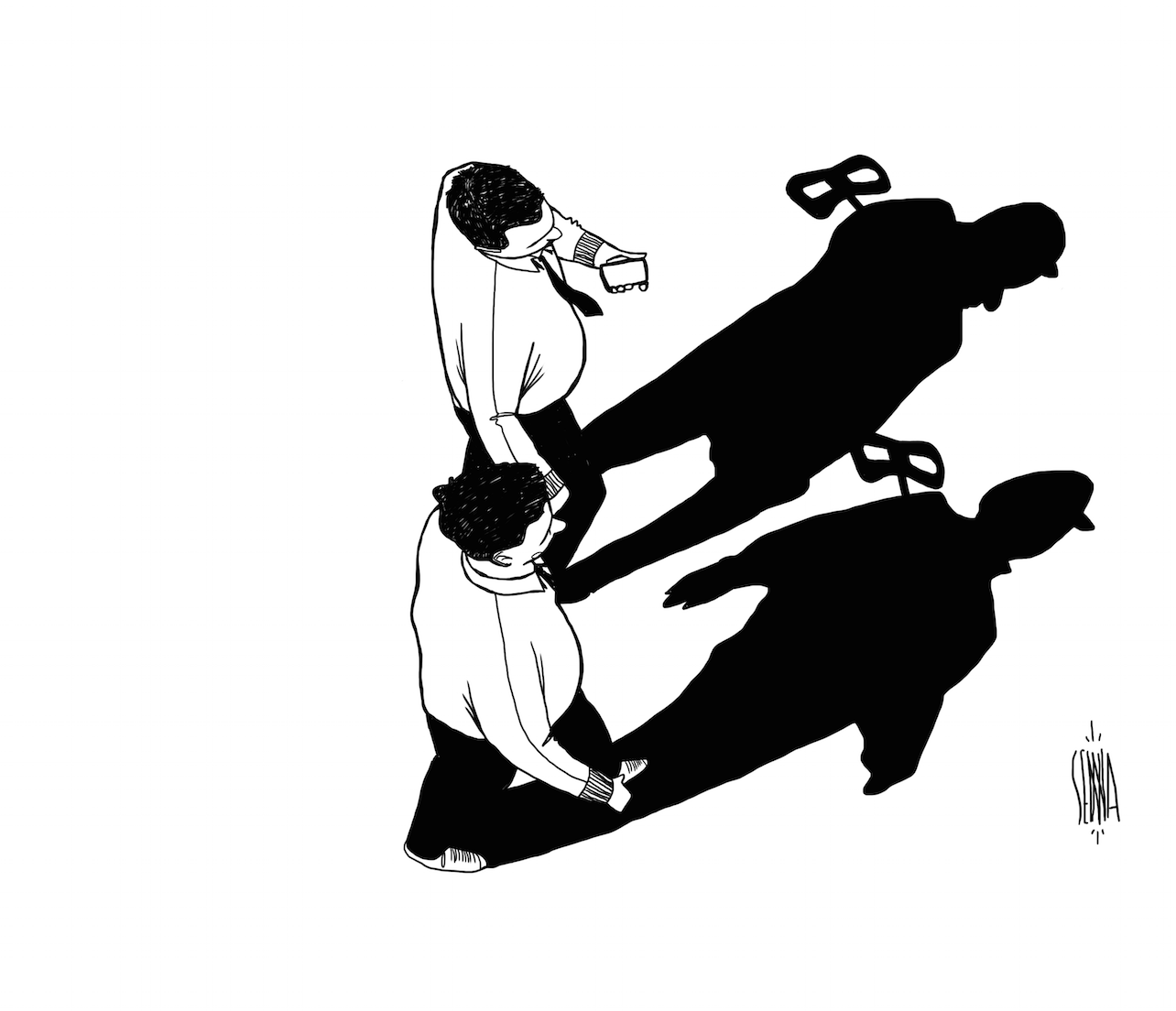 The artwork made by Alex Senna, a Brazilian artist, I consider is the one that matches perfectly with my definition. I consider this because in this masterpiece we can observe how people or society itself is truly represented. In the definition that I choose Picasso affirms that art shows us the truth about the world. In this art work we can see how society is portrayed as a monotonous and a controlled one. All dressed the same way, doing the same things every single day. I think that this shows a clear criticism to society, how we never take risks and choose to live a boring and monotonous life instead of being ourselves and doing what we like the most.

3) Answer the following questions regarding the artwork chosen in question 2b.

a. What is it made of? Specify media (if it is a painting, sculpture, performance, installation, illustration, etc.) and technique.

This artwork made by PEJAC and is a painting. We can see how attractive this painting is as it has a huge variety of different colours. At the bottom of the painting we can see how realistic the objects are. We can see very precisely what that things are. In contrast with the top of the painting, in which we can not identify the objects of the artwork as it tries to make the effect that there are many things very far away.

b. What is represented? Describe the figures, images, what do they look like? Are they realistic, hyper-realistic, figurative or abstract?

In this artwork it is clearly portrayed the pollution and contamination in the world. I consider that this masterpiece shows how humans destroy the planet. Also I think it wants to bring awareness of the living conditions in which some people are living nowadays due to contamination and the unhealthy conditions which are shown in this painting. The image clearly shows how trash and dirt have contaminated all the crystal and pure water. It also shows how two little children are trying to fish something from this polluted river, trying to find anything to survive. This is a realistic picture.

c. How is it represented?

i) Composition: describe the organization of elements in the image (Where are they and how much space are they occupying).

ii)Colour palette: describe the group of colours used, not naming each one separately but what identifies them as a group (cool, warm, light, dark, pastels, bright, saturated, de-saturated, complementary, contrast or no contrast, monochromatic, achromatic and/or polychromatic).

In this artwork we can see their is a huge variety of colors. On the one hand, we can see all the trash which contaminate a river. It occupies most of the picture. The trash if shown with many bright colors, all very different. This bright colors are used by the artist to attract people. We can also see, that there is a path of the river which is not contaminated were we can see a bright blue. This shows a cool atmosphere.  This brightness is used to show the purity of the water. How clean and pure it really is. On the other hand, we can see how the two kids and the boat are shown with dark colors. I consider that the artist did this in order to show a contrast. What I mean with this is that, the surrounding of the boat (the trash) are shown in very bright colors full of light, so in order to make a contrast, he used dark colors to represent the kids. Besides, I also consider that the dark colors are used in order to show how kids lived. How obscure their lives are. It shows that their body is full of dirt and their cloths too.

d. How do you look at it? Describe where you look first and how your gaze moves around the piece, and explain why.

When I looked at this artwork for the first time, the first thing that I saw were the two little boys in their boat. Although, now that I had a clear view of all the picture, I think that the common thing would have been that I looked first to all the trash because it occupies the 80% of the picture and because of it bright colors. In spite of this, I looked first at the kids cause it was what it first caught my attention; because the contrast it makes within all the picture. As I didn’t understand quite well what the picture was trying to show I looked to what it called my attention next: the huge amount of trash surrounding this little boat. Finally, the last thing I looked at was the light blue pure river, because my attention was so focus on all the contaminating objects surrounding the poor little boys, that when I at last looked to what they where doing I finish to understand another message of the artwork; not only to cause an effect on pollution, but to cause an effect of the living conditions of kids all over the world.

e. How does it make you feel? Why? Describe your feelings, explain which visual resources you believe are triggering those feelings and why.

This artwork caught my attention as soon as I saw it. The main aim of the artist which was to cause an effect on us was ,in my opinion, fulfilled successfully. This picture really caused an effect on me. I consider it’s incredible how a painting can transmit much more than any text. Besides of being a an incredible painting with great techniques, it shows important issues which are happening nowadays. It also, in my opinion, shows a criticism to society; how we let this happen. How we don’t care about the world at all, how we damage our planet and create deplorable conditions for kids to grow up and form. This painting transmits so much to me and makes me rethink many issues; my lifestyle, how I do not care about the planet as I should. How I sometimes do not value what I have, knowing there are people who would die to have what I do. I think that the fact that the painting is so realistic causes a bigger effect on me and provoke all this feelings. If the panting had been abstract, it wouldn’t had called my attention as it did.

f. What do you think is the meaning or message of the artwork? Explain with your own words what you believe the artwork is expressing, what topic it is referring to and the message or comment behind it.

As I have mentioned previously, I consider that the main purpose of this painting is to bring awareness to society. Which this I mean that the artist is trying to show a reality which a lot of people do not know about (or prefer to ignore). This artwork deals with to important topics which people should know and become involved; pollution and the bad living conditions in which many kids are living nowadays. This is a situation which is very preset all over the world, and need to change as it consequences are terrible. When I saw this painting I realised that maybe, in our daily routine we don’t even notice all this things as we are worried about others. However, choosing and analysing this picture made me realise how less compromise we put to this things, which in fact are the most important ones. We should start to care about real issues like the one the painting is transmitting, instead of superficial things. This masterpiece caused a real effect on me and I think on every person that has seen it. It made me think how far was I doing something to change this. I think the message of this picture is really clear and it produces a huge effect on the people who see it.

4) Associate the analyzed piece of art in question 3 with a song. How are they related? What elements in the song can be considered similar to the visual art piece? Explain.

The song that I choose is “The landscape is changing” by a band called Depeche Mode. I think that the painting that I choose and this song have many things in common mainly because they both transmit the same message, the fact that humans are destroying the world. First of all, they both deal with a criticism to society; the song says “cause I don’t care you are going nowhere, you take care of the world”. With this the song shows how us human beings do not take care of the world, as it’s also shown in the painting. In the picture this is shown by presenting a blue crystal river full of trash which contaminates it all, damaging not only the purity of the water but the sea animals. The song and he painting are both similar because they were made for a specific purpose, an specific meaning. Music and and paining are both a form of art which, in this case, are used to transmit the same message.