In literature class, Pato asked us to watch the slidshare she had done with Senior 1 last year. After watching it we were asked to analyze it and compare it with the one we did this year.

In our opinion the slideshare is very complete, it is full of useful information. After we compared it with the one we did this years we found some diferences:

Today with Lenny we made a slideshare explaining what a moc was and our topic for the essay we have to write.

This is the slideshare:

After making the slideshare, we compare in pairs or in threes, the Rite of the Passege with the stories we read Games at Twilight and The prison. Also we were asked to found a specular moment, epiphany and foreshadowing.

This is what i did with Abril Teran Frias and Trinidad Porretti:

GAMES A TWILIGHT & THE PRISON

GAMES A TWILIGHT & THE PRISON

1- The unattainable object of desire

Games at Twilight:The unattainable object of desire in Games at Twilight was that Ravi wanted to win the game and defeat Raghu. In the story there is a moment in which Ravi describes Raghu physically, «Raghu´s long, hefty, hairy footballer legs». This shows how inferior he felt while he was with him. Also his big ambition to win the game, «He hugged his knees together and smiled to himself almost shyly at the thought of so much victory» This shows how much he wanted to win the game. Although, he didn’t end up being a champion.

The Prison:The unattainable object of desire in The Prison is that Tommy\Tony wanted to help the girl.  In the story there is a moment which shows how much Tony/Tommy wanted to save her, “He felt he ought to do something for her» This shows the desire she had to assist the girl, when he was the one who had the problem. However, he didn’t put his thoughts and desires into actions, he was a prisoner of his own body.

Games At Twilight: We can see trespassing in Games at Twilight when Ravi was playing with his friends in the veranda, and his mother told them that they couldn’t go outside it, they promised her that they won’t cross the limit of the porch, “ ‘Please, ma, please,’ they begged. ‘We’ll play in the veranda and porch – we won’t go a step out of the porch’ “. In spite of this fact, they did go out of the veranda/porch. He desified the authority, his mother, to show his maturity.

Games At Twilight: There is a dare\challenge in Games at Twilight when Ravi entered to the shed to win the game, although it was a spooky and dark place, he was afraid of.

4- The mischief “should be owned up”

Games At Twilight: This element is not present in the story because Ravi did not act in a maturing way, he did not end up understanding that the game was over. This shows he was still a kid and did not finish the rite of passage.

The Prison: This element is also not present in the story because Tomy did not act in a maturing way, he hitted Rosa, and someone mature doesn’t do that. This shows that he did not finish the rite of passage, he was still maturing.

5- There should be an act of atonement

Games at Twilight: This element isn’t present in the story because Ravi didn’t accept that the game was over and he had lost, in addition, he didn’t say sorry to his mother for desifying her when he went out of the limit of the veranda.

The Prison: This element isn’t present in the Prison because he didn’t apologize with Rosa for hitting her and he didn’t end up accepting that the one who should be saved was him, not the girl.

GAT: The specular moment of the story is the moment when Ravi sees himself reflected in Manu because they were both the little kids of the group, they were defenseless. He realised that Raghu would go after him because he had already caught Manu.

TP: The specular moment of the story is the moment when Tommy sees himself reflected in the girl because in the past he lied to a policeman with his uncle Dom and robbed a lobster

GAT: There is foreshadowing in Games at Twilight when Raghu says to Manu “You are dead”, because this was foreshadowing what would happen to Ravi in the future, the death of his innocence\childhood.

TP: There is foreshadowing in The Prison when

GAT: There is an epiphany in Games at Twilight when Ravi realises he is “insignificant” because no one cared about him, he realised that he was forgotten, and that maturing\growing up was a painful process.

TP: There is an epiphany in The Prison when Tony\Tommy realises that his mind was a prison, he couldn’t put his thoughts into actions and he couldn’t take his own decisions. We can see this through this quote; “ You could never see the sky outside or the ocean because you were in a prison, except nobody called it a prison, and if you did they didn’t know what you were talking about, or they said they didn’t”.

In writting skills, our teacher Pilar Pando ask us to make a quizbean with some questions and answers of the story we read, Mr Loveday’s Little Outing, to improve our grammar becasue we were having problems with it.

This is the quizbean i made with Abril Teran Frias:

In Literature, with Pato, we read a story called Games at Twilight. After reading it Pato ask us to make an essay.

Here is my essay!

In “Games at Twilight” mood and atmosphere play an important role. Comment closely on this.

In “ Games at Twilight” the mood and atmosphere varies a lot and take a very important role in the story. Through Ravi’s feelings we can see this change.

First of all, i want to focus on Ravi’s feelings when he uses the shed as his perfect place to hide. As soon as he enters, he has a mixture of feelings such as “ oppression”, “suffocation” and a “muffled smell, as of graves”; this olfactory image makes the reader feel the atmosphere of death that foreshadows what will happen to Ravi in the end of the story.

Second of all, Ravi spend too much time “daydreaming” and he forgets that he was playing a game and that part of the game is to “touch the den”, this foreshadows that as he forgets one part of the game and he is in the place of the “forgotten things” he will end being forgotten by his family.

Finally, Ravi went out of the shed because he realized that the children were playing another game and he started crying and shouting, “ Den! Den! Den!” This quotation shows how innocent he is and how disappoint he feels when he learns that they have “forgotten” him, especially when his mother tells him “stop it, stop it, Ravi. Don’t act like a baby”, this shows the reader that Ravi is still a kid and that he has a very long way to maturity and also that growing up is a process that he has to pass through and he has to accept it and live with it.
In conclusion, the atmosphere and the weather develop through Ravi’s feelings and emotions depending on the different situations he had gone through.

Here is a slideshare we made in class to understand the Rite of Passege:

Rite of passage from LuciaCaviglioneFraga

This is the vocabulary we discuss in class with Pilar from the story Mr Loveday’s Little Outing and Anouk made a slideshare of what we did. This is some vocabulary from the book we are reading, War Horse. My group, Valen, Trini, Marcos, Viole and me made this doc with the defintions, pictures and some videos.

Definition: To touch someone or something gently and usually repeatedly with the hand flat

Example:  He patted his horse’s head because of the good job he had made ploughing the land. Example: My horse and I trotted along the lane. Definition: To walk with regular and measured tread.

Example: The soldiers were marching through the city. 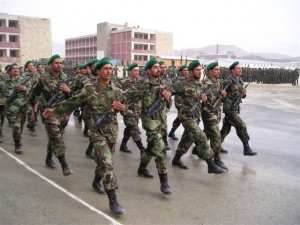 Definition: To lower and raise the head quickly, as in agreement or acknowledgement.

Example: She asked him if he was feeling right, and he nodded. Example:  Albert peered at my eyes and then went back to what he was doing before. Definition: To draw air through the nose in short, audible inhalations. Definition: The cry of a horse

Example: Albert heard Joey, his horse, neigh for him again and again. Definition:  to throw or send from one to another, as in a play.

Example: To toss a ball Example: the horse wriggle his nose.