In biology our teacher, Ceci Adem, told us to do some activities that were on her blog, to revise what we have been seeing in class. It was a pair work and I worked with Anouk de Laferrere.

Here are our answers: 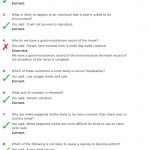 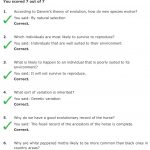 «Meassge from the Pigman», is the next story that we have to read for our language class. After reading it we have 2 tasks to complete. First we have to prepare two questions to ask to the class to know if the read and understood the story. And secondly, we have to choose 3 words of the story that nobody knows to teach their meaning to the class.

Here is the story:

Message from the pig man from pilarpsegundo

Last class our teacher of language, Pilar, asked us to make a summary about the story we read call «Eleven» and also to invent the cover of this story.

Here is my summary and my cover:

The story “Eleven” by Sandra Cisneros, deals with a girl called Rachel who is turning to eleven, although she still feels she is 10,9,8,7,6,5,4,3,2 and 1 year old. At the beginning of the story she confess to us that when her birthday arrives she doesn’t feel that she is older she feels she’s still ten. She has a theory that says that the rings inside an onion are like our lives, each year inside the other.

Rachel wishes she was older to know what to answer to her math teacher when she gave her an ugly red sweater. Mrs Price, Rachel’s teacher gave her a red, old, raggedy and smelly sweater and forced her to put it on. This moment of the story shows us how sensitive and vulnerable Rachel is because when she has to put the sweater on, she started crying as if she was 3 years old. Although she knew her parents were waiting for her at home with a enormous and lovely birthday cake she still wishes to be 102. 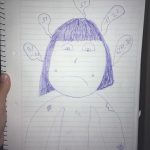 In our language class our teacher, Pilar Pando, asked some people to make presentations about all the present and past tenses to refresh what we have been learing since primary.

Here are the presentations that they did:

Past Tenses from ValenRe
Presentation of the Present Tenses. from TrinidadInesPorretti

In the language class, with our teacher,Pilar Pando, we read a story call Eleven. After reading it we analized the plot and the personality of the main character, Rachel, all together. Then after analying it all together we divided into group and we had to do a presentation including  information about Sandra Cisneros, the plot, characters, point of view, tenses and vocabulary. My group was formed by Luz Esteban, Olivia Obligado, Lucía Caviglione and me.

Sandra Cisneros was born in Chicago, Illinois in 1954. She was the only daughter of 6 brothers which made her feel isolated. Her family was from Mexico and they migrated to United States. As a consequence, she didn`t belong to either culture. In addition, she moved frequently during her childhood and travelled a lot to Mexico so that they can visited her paternal grandmother who lived there. Sandra Cisneros found out she like to write in high school,  she wrote poetry and was the literary magazine editor.

This story is about a girl named Rachel who is turning eleven years old. She has a theory which says that when you are eleven years old you are also 10,9,8,7,6,5,4,3,2 and 1. She thinks that the way you grow is like the rings of a tree trunk or like an onion, life is a collection of layers. One day she went to school and her teacher, Mrs. Price, showed a reed sweater to the class and asked whose was it. The sweater was ugly, old and didn’t have such a great smell. One of the classmates, Sylvia Saldivar, told her it was her’s . In that moment she wisehd she was one hundred and two to know how to defend herself. She tried to tell it wasn’t her’s but Mrs Price, force her to put it on. Children started to laugh and Rachel couldn’t handle it so she started to cry. All along the story, she tries to let clear that although you are an old person, sometimes,  you may want to cry as if you were three or run to your mom’s arms as if you were five.

Present Simple: “what they don’t understand about birthdays is what they never tell you”

Present Continuous: “…but all of a sudden I’m feeling sick inside”

Past Simple: “I wish I didn’t have only eleven years”

Past Continuous: “…I was anything than but eleven”

Present Perfect Continuous: “That’s when everything I have been holding in since this morning”

Wish: “I wish I was invisible but I’m not”

Will: “there will be candles and presents”

In the story Eleven, Rachel the protagonist of the story is turning to 11. We can describe her as a very childish and immature girl that was not self confident. She was very shy, that’s why at school she wasn’t very popular. We can also see that she is a sensitive and vulnerable person. Throughout the story we can also see bad and help less she was because not even the fact that was her birthday could cheer her up. To end up, we can also see that she over analyzed things too much so that made her more insecure.

In the story Eleven she was rachel’s teacher, she tells all the classroom that Rachel was the owner of the gassed red sweater and she force Rachel to put that nasty sweater on.

In the story Eleven, Silvia Saldivar was a classmate of Rachel. She was the one who told everybody that the red sweater belonged to her, she did it to bored rachel.

Descent: living organism that come after us/ that we produce

Last wednsday, our Biology teacher Ceci, told us to answer a multple choice from a DVD our Biology book provides, to know what we knew about this new topic we are going to study this year that is variation and natural selection.

Here are my answers:

Last class with our history teacher, Julia, we were revicing a topic from last year: The Boom. She divided us in groups and Trinidad Porretti, Valentina Re, Juan Elia and I had to do a summary of the Republican Policies.

Here is what we did: 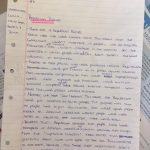